sns_red_curtain so others can find the scaps
4 ] They signed a contract, they must stick to it. I know there's something to be said for their point of view, but a contract is a contract.
5 ] Comment for password 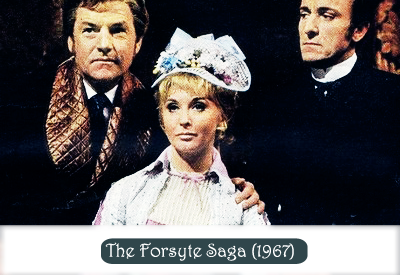 Title: All the World
Character(s): June
Rating: G
Spoilers: Mild - for the relationship between June and Bossinney.
Disclaimer: Series is not mine; fic is not for profit.
Summary: Despite what other people think, June has everything she wants.

For any who are curious about the 23-part Forsyte Chronicles radio series from 1990 - which adapted all 9 Forsyte books, including The Forsyte Saga, A Modern Comedy, and End of the Chapter - you can get it in three parts of it on Audible.com. You can also find the first part (The Forsyte Saga) in CD form on Amazon.com.

I interlibrary loaned the set of CDs and burned them to my computer, and then saw that Amazon is currently offering a deal where if you sign up with Audible through them (you can easily do that from the Amazon page for the Audible edition of End of the Chapter), you can do a 30-day free trial and get an extra credit free - equalling two audiobooks that first, free month. I chose A Modern Comedy and End of the Chapter, so through that offer, I managed to be able to listen to the entire Forsyte Chronicles on my iPod, for free!

It had a cast of fairly well-known British radio actors, including Dirk Bogarde as Galsworthy narrating. It's not an audiobook per se - it's more of a radio drama with narration - but is quite true to the novels, even more so than the 1967 series. I'm only partway through The Man of Property, but it seems quite well-acted so far (though many of the actors seem to be patterning their performances after the '67 series so far, with the exception of Young Jolyon, who seems genuinely younger than the 50-something Kenneth More).

I'm currently compiling info on the series, available here as part of my Forsyte wiki. I have complete casting info from the CD booklet of the first trilogy, but the later Audible editions don't seem to have anything similar, so I'm still trying to come up with a full, complete and accurate cast list, so if anyone knows where I could find that, that would be great.

As the mod of this comm, I'm taking

bluewoodensea's awesome pimping post as an excuse to help build up the community a little. I'm posting to a few other Forsyte communities to see if any of their members would be interested in this community.

I've also been working on a little project of my own: Forsyte 'Change: The John Galsworthy Wiki (also known as the Galswiki). It's still very embryonic and woefully incomplete, but I'm working on adding information, and hopefully it will become more complete soon. It's primarily on Galsworthy's books, but it also deals in detail (or will eventually) with the various adaptations. Even in its primeval state, hopefully it serves as a useful source of information to folks, and it does have some information I haven't found many other places (like the information on the older Forsyte radio series).

I rambled a great big ramble about how terribly lovely the '67 serial is. Seemed a shame not to link it here, all things considered.
Collapse